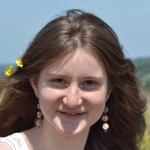 Nina Ashton is a busy freelance musician, performing with ensembles including the London Symphony Orchestra, Budapest Festival Orchestra, Bavarian State Opera, English National Opera (where she was on trial for principal bassoon), Aurora Orchestra, Royal Liverpool Philharmonic, Royal Opera House, BBC Symphony and Concert Orchestras. She has also been principal of the International Mahler Orchestra since 2009 and was co-principal of the European Union Youth Orchestra in 2013.

She has been studying at the Hochschule für Musik und Theater München with Dag Jensen and Gernot Friedrich since 2012 and was also a member of the orchestra academy in the Bavarian State Opera from 2013 – 2015.

After attending the Purcell School of Music, she received her Bachelor degree in Music from Clare College, Cambridge. In 2012 Nina completed a postgraduate performance diploma at the Royal College of Music where she studied with Joost Bosdijk, Sarah Burnett and Andrea de Flammineis, with thanks to the generous support of the Countess of Munster Musical Trust, the Musicians Benevolent Fund and an RCM John Lewis Partnership Award.

She twice attended LSO St Luke’s Woodwind Academy and in 2007 received the LSO Candide Award for Promise. She made her concerto debut in 2006 with the Watford Philharmonic and consequently was awarded a prize from the Gordon Fairbairn Memorial Fund, set up to encourage young musicians who show outstanding potential. She performed the Mozart bassoon concerto with the Cambridge Graduate Orchestra, Haydn’s Sinfonia Concertante with the Jupiter Sinfonia, as well as premiering a concerto written for her by her brother, Kim, as a result of being a prizewinner in the 2009 Cambridge University Musical Society concerto competition. She has also premiered various other works by Kim, both in the UK, Germany and as part of the 2005 Midsummer Festival in Nyland, Sweden.

Nina was principal of the National Youth Orchestra in 2007 (when she was awarded the Bulgin Medal by the Worshipful Company of Musicians, as a result of her contribution to the orchestra), and was also principal of the Cambridge University Chamber Orchestra from 2009-11.

Nina made her first solo performance in London in the Purcell Room, in 2003, and she has since performed at the Wigmore Hall on numerous occasions, both as a soloist and chamber musician. She has also performed in chamber ensembles at the Queen Elizabeth Hall, Buckingham Palace, Conway Hall, St John’s Smith Square, St Martin-in-the-Fields, in Prague, Berlin, Munich (alongside Dag Jensen and Françoix Leleux) and live on the radio in Budapest and Brussels.